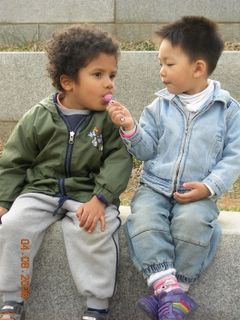 One sunday afternoon we hanging out a local park (Un-pa park) It was a nice day. This week has been pretty easy I think. Next week wed. will be a easy day because my company class will be canceled, and my elementary class. That means I will have ALOT of free time in the middle of the day. Yogita is having some back pain, so next week we will get that sorted. So far all in good. Actually I still have to send those dvd's now. We have already burned them. Ok I gotta go! 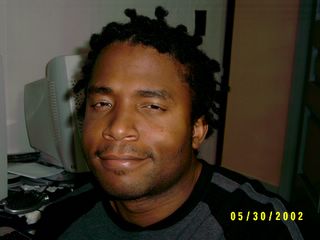 OK here is another. This was taken last year when Yogita cut my hair....I think it was in the spring more like March or April not May also the year is wrong in the camera...gotta fix that! Anyways I promised to post this ages ago...Today we were going through our pictures.....found this old thing. Oh by the way the program picasa is great for archiving all the pictures, and movies on your pc.....really nice interface...I love it! Oh and Mike I will email you my number....14 properties!!!! Where is your older brothers cut!!!! Nah just joking!! It is good here that you are back to teaching drama...acting is your thing Mike! 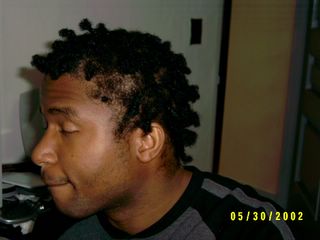 OK this is very old I meantioned this pic ages ago...maybe last year? 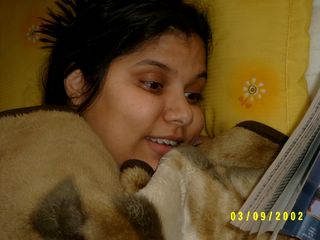 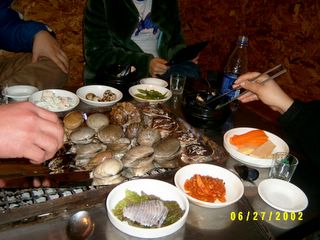 Here is the before shot.....looking soo juicy! 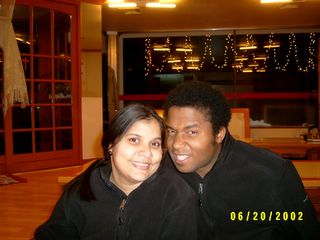 This was taken last year in the winter..actually the crazy winter, with almost a foot of snow......I forgot to take a picture of the food. It is quite tasty but we have been here TOO MANY TIMES. Our friends just love this place...lets just say that Yogita and I need more of a variety....Neng-Myon anybody? 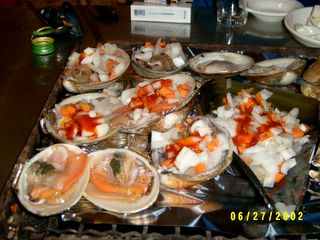 One of our favorite seafood dishes...is does not get more simple than this! Grilled shellfish. It goes very well with Soju 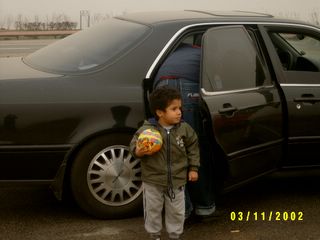 This not actually from the Zoo picts, we often go for short drives on the weekend...it is really funny...gas here is about 5 bucks a gallon but we are addicted to traveling. But we stopped by E-mart, picked up some burgers, and fries from Mac Donalds, then took a short ride. 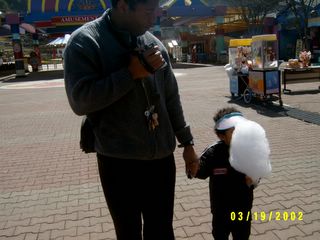 Like Yogita George loves cotton candy...well..I guess it is a family thing, cause I love it too! 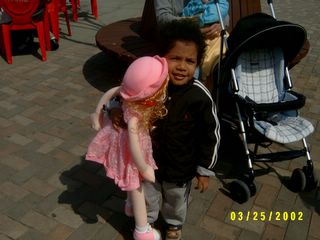 Goerge fell in love with the doll, he insisted on carrying it...calling it his friend. The weather was very nice, but very windy. A nice day for an outing. 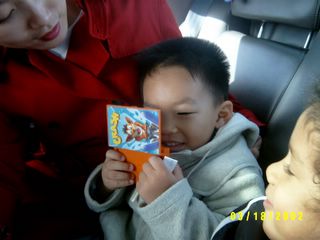 Here are some of the pictures from our trip to the Kyung-ju Family land. It was a nice trip. I saw many animals. Goerge had alot of playing with Gon-Han. They are friends but according to Korean culture friends should be the same age. Little Gon-Han is not he is 1 year younger, that makes George his older brother or Hyeung. On this trip Gon-Han played his parents big time! He pretended that his arm, elbow actually was hurting. We thought oh he must have dislocated it....sort of twisted it. The same thing happened to George in the past. Doctors say that when it happens there is no pain unless the child moves the affected limb. It was the same with George. However Gon-Han was upset because his parents wanted him to by quiet, and settle down. So he cried out. His mother thought that he hurt his arm and was angry with Bro. Kyle (they are witnesses). Anyways Yogita and I indirectly tried to get the mother to stop showing attention to Gon-Han we tried to tell them the attention was fueling the fake elbow dislocation...to no avail...however Yogita and I could not stop laughing when Gon-Han was healed when chewing gum was offered.

I see this time and time again. Here in Korea parents who are ruled by their kids.
In restaurants they are a menace they run around shouting playing laughing too loud just being kids who think that it is play time. Meanwhile George is sitting down and quietly eating. If he tries to act up he is dealt with, usually a verb warning is more than enough, heck just a meaningful stare. See George enjoys restaurants for the food. He knows that it is a place for eating not playing. Now if there is a playroom in the restaurant, and we are with friends with kids then he knows it is a special situation, and after eating he can go play.

basically parents here are ruled by their kids. Case in point a kids runs into the street! A car narrowly misses the child blaring it horns, as it takes evasive action. The mother is horrified! She has been trying to get her little one under control but the child has been basically shrugging off her attempts. Often times with rude expressions that mean when translated in English no never, or I won't do it! (In Korean it is quite rude especially when spoken to an elder person, actually I should note that using the expression is fine between peers, but VERY RUDE when used outside of those bounds! For example younger person to elder.)

Anyways the mother looks frustrated and unhappy about the child's behavior, basically she looks downright pissed off! Even so in she will often apologize to her child for tell them do what is good for them...I cannot help rolling my eyes when I see this!

Anyways the parent whacks the child (where is not important) and the child then proceeds to smack the parent back! It is crazy! Even at meetings here, children act up, talk laugh, carry on and so forth. Even in the kingdom hall!

A friend of mine told me that his son even hits him! I smiled at him and said, I could never allow that! Basically their kids are confused! They think they can do whatever whenever they want.
Poor little George. He is sitting so quietly but some random friend of his will walk up (while the meeting is going on) and carry on conversation, and try to get him to talk or play with them.

I feel sorry for him, so I have made up my mind. I will talk to the parents directly and tell them to please have their kids stop. I will also have to tell my friend that his child is just too darned disruptive to sit near! It is a shame. Parenting is not easy! By far it is not. But it is essential!
I think George has more fun (and safer fun) than other kids his age. He knows he will be rewarded with toys, or some fun activity he likes by listening, following instructions, obeying.

And he knows there will be negative consequences for poor behavior. So to Nick & Melah, and Mike & Shavonne we know you are doing your best, with second babies on the way as well! We pray for you efforts!

It is sooooo funny when friends come up to us after meetings and comment on Georges behavior. My friend even asked me how do I do it? Well...the only answer I gave him was..."It starts when they are very young." I could not say more...in Korea if you are younger people feel that you lacking in experience and knowledge and what not. Basically age = respect, and a load of other advantages. It is hard to tell someone you need to smack your kid, set him straight, tell him that he is not the boss. However while doing that let he/she know that you care, that it is not some morbid game you are playing, that there is a time for for everything........