to begin with jemal has send the paperwork on its way to Korea. it should arrive there next week and then sometime during the following week we should receive our visa confirmation.

On another note, i was reading a watchtower article about marriage today and it talked about how wholesome communication between spouses is very important in a healthy marriage. I know for my part i have alot of shortcomings in this area

"Communication. It's the first thing we really learn in life. Funny thing is, once we grow up, learn our words and really start talking, the harder it becomes to know what to say, or how to ask for what we really need".

i can honestly say i know how that feels. I am good at expressing myself when i am writing but i really suck when i have to say aloud how i feel....funny isn't it.

i thought it will be a good reminder for all of us to remember that we all need to talk to people who truly care about us and just tell them how we feel.

"We are healed of a suffering only by expressing it to the full".

"Let your utterance be always with graciousness, seasoned with salt." (Colossians 4:6)


After all this being said however we need to remember the most important aspect of communication is listening to the other person...really listening to them(i suck in this area as well).

well this post was more of my insight than anything else...guess now i am blabbing on...

Well...Omorro is having an important meeting and I have just been able to complete my first stage of the E-2 visa paperwork. This area sucks...there are no malls nearby...not even an arcade. Also...internet connection rates are crazy expensive here in the states....it is .20 cents a minute....so let me see....for 10 minutes that works out to be 2 bucks!!!! YEAOUCH!!!!!!

In Korea...900 won in some places, and that is for an hour. Some really nice places in Seoul can run you about 2,000 won an hour...but it will be really really nice....it depends if your a gamer though. In Korea pc rooms also offer services like printing, faxing, scanning and all that.

You can order food, soft drinks, and even bring in your own food. It is a favorite past time for Yogita and I sometimes. There is a major draw back and that is the smoke... It is against the law but still people smoke in pc rooms in Korea. When I say smoke...I mean chain smoking. These young men (and many middle aged men), use pc rooms as a sort of after having drinks place to hang out, or a afterwork playzone. I still remember my first experience with a pc room. I am sitting down in front of the computer feeling quite excited. I am about to play starcraft which I have just bought for my compaq presario 1900 xl 500....LOL I even remember that. So I am sitting there loading the game. After playing for several minutes and getting beaten terribly, this middle aged Korean man jumps up from behind me (I did not notice him there before). He yanks the keyboard from my hands.

At this point I am wondering...why is he so angry...what did I do? He then goes on to pantomine playing the game while shouting at me in Korean and English that he would me win games. So together we play. Of course it is more me watching him play....LOL. He is trying to explain what he is doing, but I am totally lost. Now in retrospect I know what he was telling me. Well this went on for FIVE HOURS. I just could not work up the nerve to tell him "Goodbye I have to go now!". Well actually he decided it was dinner time, and told me he would buy me dinner. Um...uh well (perhaps this is a facet of Korean culture and I could insult him by saying "no"). So I accept, he is SOOO happy. We first grab some dinner, it was something spicey nak-shi-bok-um-bab basically octopus fried fried rice in a very spicy (I should say sweet and spicy sauce). Well after that he asks me..."you like beer!" Uh yeah sure I dont want to do at this point...I am wondering when this night will end. Well we go to a nice little bar and have a couple of drinks...just beer. Then he tells me about his family his 2 girls, and wife (hates his wife). Then at this point he motions to a man and woman sitting at the bar (we were seated behind them). The man the leans over (he is a young man a few years older than I at the time...maybe 24), he tells me in a embarrassed sort of shy way "He is wondering if you like men!". HUH WHAT THE !$%@#!^?!

At this point I freak out, I jump up and tell him NO NO WAY MAN!!! He then tells me "Man is good!, you should try, man is good, you should try!". This was my exit people, I dropped cash for the drinks, and hightailed it out of there.

So you see that was my first experience at a pc room. Here is another story, I have just bought a bottle of vodka, and a burger meal from a resturant nearby. The burger was to kill time, the vodka because I am very curious about it. It is vanilla flavored....so um...I hope it works out. We will just have to see. Ok Right now it has been 18 minutes...so I owe about $3.60 oh our poor Indian bank account is being stripped of cash...the Dollar Rupee extange is not good ATM. Ok I hope Omorro is here now....i am going on 4 bucks!!! OH MY GOODNESS THIS IS SCARY. I might just drink the vodka now and to hell with society and rules....then the cops would come take me to jail (it is warm there, did I meantion it is snowing and very cold outside?).

Ugh...lets see..I could read the news...I always do that...Dad and I would watch the news in India...I miss that Dad. YIKES......$4.20!!!!! ABU SELL YOUR CELL PHONE! Wait...we can sell Kevin to the chinese...they like cheap raw monkey meat! Wait...nah it would stink to high heaven. Better to just dump his ass off a cliff and be done with him. But...we are done with him thats right...because he is like..in India and he sucks ass. yeah thats right I said ASS WOOOOHOOOOO he is a jackASS. whew...lets see $4.60!!!!! Ugh I dont know what I am going to do now.

Jemal looks to the left and right. Then...does nothing because his fingers are too busy typing! Why? Cause this is a good way to kill time!

Actually I feel pretty good! I sent the papers so that is finished...now we should just get ready for what ever comes next!! Ok time to call Omorro...please be ready now! 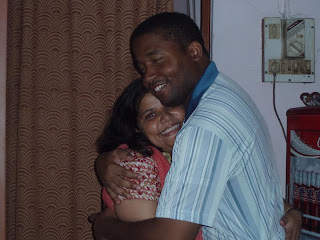 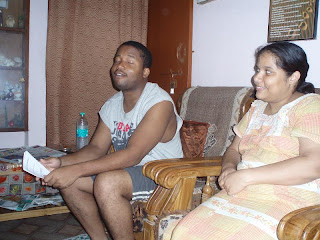 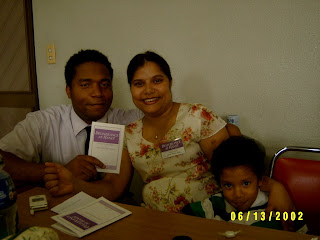 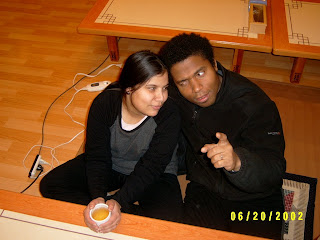 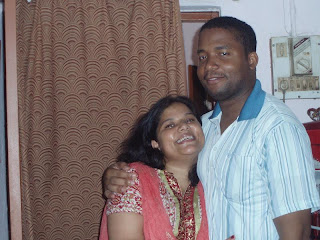 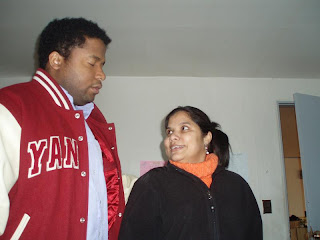 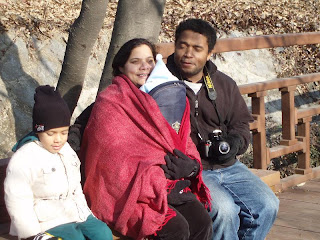 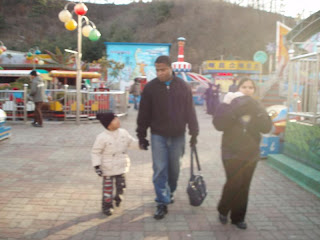 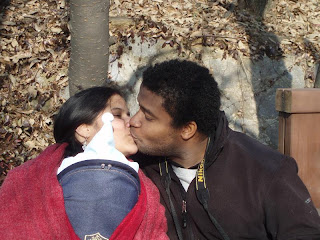 Well, to begin with like Jemal has already mentioned he is in Alaska taking care of some paperwork while i am in India waiting for the paperwork to be completed so that we can both head to South Korea again.

Its our anniversary tomorrow(13th oct.) wow we have been together for a long time....8 years and there are many more years to go...since Jemal is in Alaska and i am here we have decided to celebrate it in Korea...we still have to decided how though.

Alaska, and some future plans for this blog!

Well I am still here....waiting on papers to send to South Korea...it looks like they should be arriving early next week..then I will over night it to Korea. It is nice being in Alaska because I think it will be possible to overnight documents from here.

It has been lonely for me here but with all these papers to arrange it helps me to keep very busy. I will post some really old pics from when I was teaching in the Countryside, at that time I was alone too...it was difficult to teach and smile to students then. My hair grew so long that it formed dreadlocks.

It was, and is very beautiful there I would like to return, and this time spend a night in the area and take a look around. Perhaps we can do that next year in the Winter or early spring. I will take a video and post it on utube then embed it in our blog.

Also next time we are with the friends in field service we will take videos then too...some of the places we go to to look for foriegners is so beautiful and scenic. The English ministry is aimed at locating foriegners in South Korea. Very exciting....it is like being on a treasure hunt! So I want everyone to be able to see more of that!

Ok here are those old pics!! 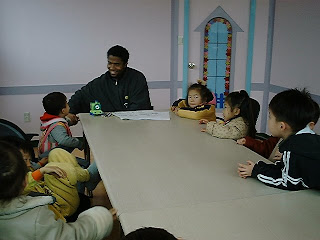 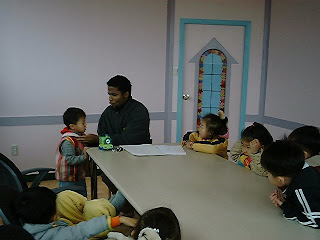