Well what can I say. It has been a wild year for me, well us. 2009 was so busy, yet it all seems to have flown by. Omorro's has completed alot of his music. I remember hearing he as he was fine tunning his work. Now on facebook it is there for all to listen to. Yogita and I have had adventure after adventure. Actually thinking back on this year....it all seems like a blur. I was in Seo-chon earlier this year and now I am back in Gunsan. I feel that my Korean has improved, and as a teacher I feel I have improved as well. This year we were much more organized. Yogita is on a roll. She started a introductory packet for new teachers. I remember when she started, and only our Boss and I were behind her. Other teachers looked at it as a waste of time. However, it proved to be to so helpful! Teachers are now more well informed than before.
I like the changes that have come latter in this year. Our work environment has not been this tension free in years. We actually have fun.
Many changes will come next year, some are to be expected.
Ok well I am going to log off now...next I will post some picts of 2009.
/Tata
Posted by Jeyo at 2:25 PM No comments:

Yeah another boring computer post. Basically I working on Yogita's dual core laptop, and must say doing about 3 different things with no noticeable lag is awesome! Here I am downloading open office, updating this blog, and running Eve Online in the background....I am mining. I am able to switch between applications seamlessly. SO if you are still using a single core cpu, look into a mirror and slap yourself. First generation dual cores (My old 6300 core 2 duo) still does well. This cpu is clocked a little slower but has a 2mb cache memory. Think of cache memory as a type of hyperfast ram. I will get into the importance of cache memory later. Basically the more the better.
Wait...let me check on my Exhumer class mining barge....OK, now that I am done with that...no noticeable lag. I am now seeing the limitations of my dual core intel. It is time to switch to quad core.
Oh another thing! Graphic cards....I really need to look into that, which Eric informed me that the power supply needs to look at too.
I really want a quad core, plus dual gpu's.....we will see.
/tata
Posted by Jeyo at 4:44 PM No comments:

It has been perhaps 13-14 weeks since I wrote about having a long holiday-less period. Now that is over. This month, January, and February, including March we will have days off! Yes!
So now comes the question what to do with the extra time. Traveling might be a good option. Snow will fall this evening, into tomorrow tomorrow morning. I heard that Friday it will snow with showers. This could be a blessing in disguise. The rain could wash away the snow.
I want to go over plans with Yogita perhaps this Friday over lunch.
Ok I gotta go!
/tata
Posted by Jeyo at 4:12 PM No comments:

Well we finally found a good notebook pc at a great price. Yogita and I need a more mobile pc that what we currently have. My desknote (desktop/notebook hybrid) is just too large and bulky, and nows lacks the humph it used to have. I mean its a dual core turion cpu. It gamed ok but with the tiny 500k L2 cache memory being shared by both cpus, while at the same time clocked at only 1.6ghz. It was time to look for something new or used. New is out of the question at this point. I am not eager to purchase new notebook pc's. They become dated so fast! Better to save a buck and get a nice older model.

RAM is always important and this notebook comes with 2gigs. We are running winxp (32bit) and it should fly once I get rid of the bloatware. It has a multi optic drive. I would say it is a super drive which are really becoming very very common these days. Burns cd, dvd's, and has a RW for both mediums as well.

Battery well we got real fortunate on this. The previous owner bought a 12cell upgraded battery. We can still get about 3-3:30hrs charge from it. Also we got a nice docking station with a bulit in subwoofer. Docking stations turns a notebook into a mid to low end pc usually this is the case. Unless you shell out loads of money for a high end notebook. Docking stations are great for this type of pc at home. Docking stations expands usb ports, allows better cooling, typing becomes easier with less stress on your wrist.

We also got a wireless mouse, and keyboard with it as well. There is also a built in webcam. This pc has a remote for presentations, or movies. The hard drive is nothing special only 120gigs with a 5400 rpm. However, since we have the terabyte drive on my system our storage needs have been taken care of for now. 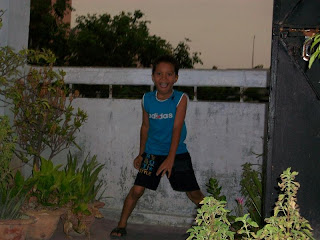 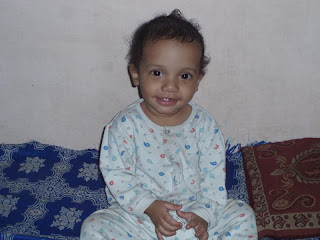 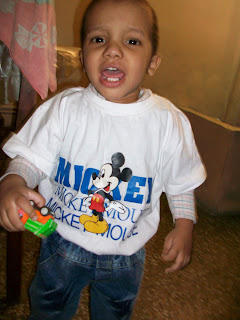 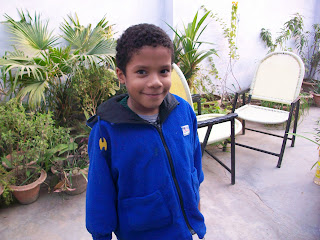 And how about lunch? 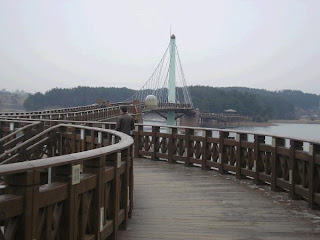 Today we went to a nice grill meat place for lunch. It was wonderful but I had to do myself in by eating 2 great tasting pieces of raw garlic. Now I can feel it....now I can actually feel it move through meters and meters of small intestine. The major issue is when it hits the large intestine....boy oh boy I hope I am home when that happens.
It is a cloudy day, and Yogita is feeling a bit overworked so we got some coffee. Coffee would solve so many issues if people would just stop worrying about caffeine.
Ok I am going to put a picture up....
Posted by Jeyo at 2:45 PM No comments:

Today was wonderful blue skies, even if it was on the cold side. This weekend I think I will take Yogita out. She has been very busy managing things. A major change from the way things were done in the recent past. The toll on her is considerable. So I think she needs a well deserved break. If I do not get a chance now then I will try to make sure she gets a nice break at the end of this month.
Today we had a normal day well no it was not normal for me. I could get any rest today so I felt a bit tired. Seeing my little lady cheered me up though.
I was thinking today if I could do it all over again knowing what I know now. Meeting Yogita here in Korea, making the choices that I made. I can only say I would have made them sooner. Next year will mean that we have seen almost 10 years together (yogita 11 years).
I need to put some end of the year post up!
Abu I will get your special pictures up here soon.
/tata
Posted by Jeyo at 1:09 AM No comments: