here are some pics! 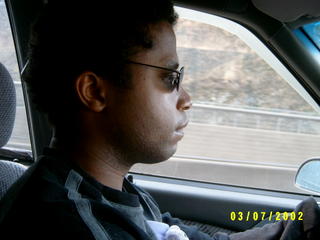 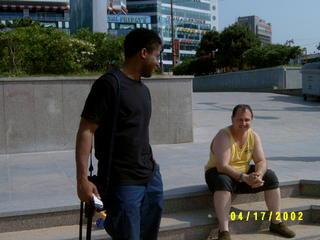 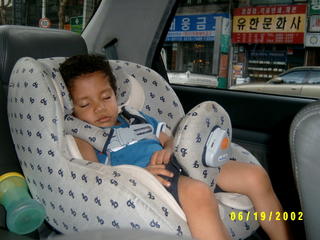 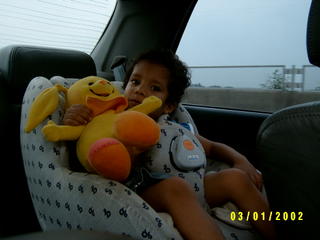 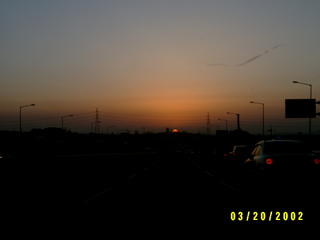 here are some recent pics of us..oh and it looks like we might visit alaska sooner then we expected because of my paper work...we might have to postphone our trip to India as well......oh well, enjoy the pics!!!!
Posted by Jeyo at 11:40 AM 1 comment:

Well I still have about....5 classes to go but I am feeling my temporary freedom.

We will go to Cheon-ju...there is a store there we like to visit. Also Yogita will finally be getting her driving license.
She will do all of the driving. I want to hang out at a pc room over this vacation.
We want to travel as well.

Oh hum.....Melah I found out that the green tea in Korea comes from CHina and well...they have no epa regulations, fda or the such....thier green tea is contaminated with lead, and pesticides.....the latter could be the problem for my poor tummy's...wait...my entire gastrointestinal woes.....I am on the mend...but no more green tea highs until they get the lead issue settled.

Ok the meds are really helping my guts are on the mend! Now Yogita is feeling under the weather...later she will post some pictures.

I took my students out to an open market (with guts that were complaining the whole time).

We got George a new set of blocks....I think he really likes them. I will post pictures of them...they are a set of blocks that use magnets. Pretty nice actually.
Yogita was playing with George just before I left...look like alot of fun...I might join in!

p.s Melah if it was a bone then I really have to be more careful! I eat bony fish all the time!
Posted by Jeyo at 11:13 AM No comments:

Eating has become an ordeal....because...well...lets just about 20 minutes (agonizing minutes) I have to take a prompt visit to the bathroom...

So I am drained, and I feel quite blue. Well today I went to a doctor! He gave me the above diagnosis, and prescribed some pills. Well!...I feel like I am on the track to recovery. Tomorrow I will teach only half of my classes, So after my Eka class (a chemical company), I will be able to rest! Boy do I need it!

Next week I will take my vacation, so Yogita and I will travel, relax at home call people up in Alaska, and India. HOPEFULLY I can convince Yogita's sister to come here to Korea instead of us going there...we might need extra time to prepare for the trip. November is looking like it will be a busy month.

Last week on friday I took one of my classes to the open market. It was fun teaching them the English names of the many fishes there.

George is doing great, we bought him a another set of toy cars.....now he has many many little cars to play with.

I will tell Yogita to update here...she has been slacking....along with me...

Well what a wierd week.

Lets see...yesterday felt like Monday..but it was wednesday, today feels like tuesday but it is thursday..and this evening will not be normal because I will go out for dinner with students from GM-Daewoo. A sort of end of semester dinner. Today we will be giving all of the students a test.

I hope to get extra time to work out....of maybe I will start working out early so we can head home early. That would be nice. I have to upload some more pictures on to this blog. We recently took a trip....and well we have pictures to show all of you out there. So stay tunned!

We will be taking a vacation on the first week of Oct. we will go on a road trip...perhaps we will go east. I also want to relax at home.

I think I might have a stomach ulcer. Yuck. I will have to see a doctor...I am not looking forward to it...but I might need some treatment....or just better eating habits....

We have just come off of a 3 day weekend. It was really nice. We drove north (to avoid heavy traffic), to Chung-nam province. Lets just say we had to change our plans on couple of occasions due to traffic.

Anyways we went to a small town called mun-chang. We ate there and basically chilled for the day, and stayed over night.

It was raining very heavily. Sunday we relaxed at home..I got some much needed rest. However on Monday I got really sick....stomach, and intestinal cramps, with diarrhea, and vomiting....it was aweful. I rested for over 16 hours...taking only fluids...

So today I feel alittle wierd....


I will be burning the videos to dvd this week. Ugh I am behind scedule I should have gotten that done ages ago.

A teacher will be too busy to take the 10am class....so I have to cover for her today. Ugh it will be a long day today. It is ok. I will really need to take a nap this afternoon!

Ugh I am still getting only 4hrs of sleep each night..except on the weekend that is.
I need to get at least 5-6 hours of sleep. On saturday we saw Island, a science fiction movie....I will reveal the storyline here..but it raises some interesting issues about a new technology that has many scientist excited.


Other than that..OMORRO RETURN MY EMAIL MAN!!!!

Ok here are the rest! 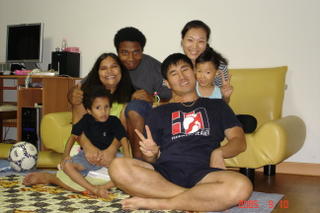 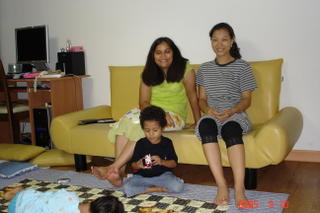 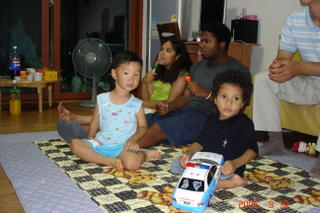 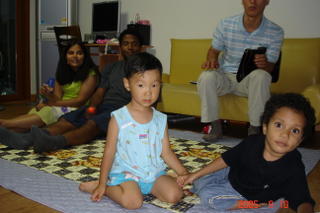 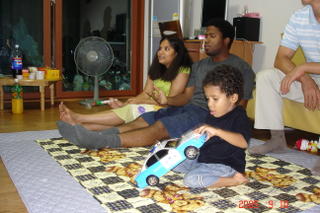 Ok here are the rest! George and Kwan-Ho look so cute together! Actually both of his parents work for Daewoo, his wife works for TATA daewoo, and his father Mr. Jang works for GM Daewoo.

Here we are at my friend's house with his family! 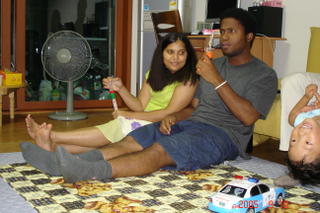 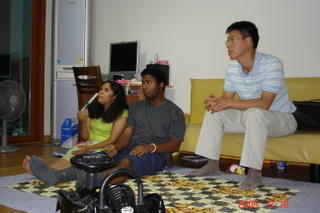 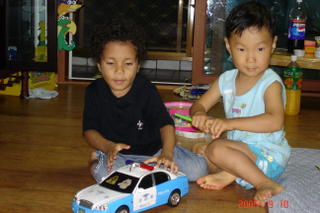 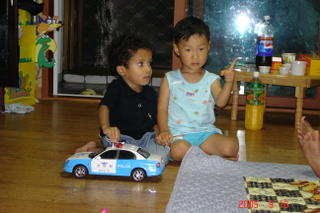 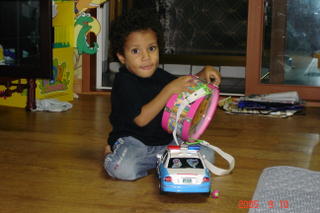 These are from their apartment. We had chicken and pizza, Goerge and Kwan-Ho played alot!
I have about 4 more pictures to upload.

This week has been dragging along. This is perhaps the 2nd week in a row to sort of drag along....

I mean it has been quite eventful, we saw "Nine Lives" starring W. Snipes (i cannot spell his first name).

It was ok..not his "I am a super duper tough guy, and I kill everyone before they kill me" Well...in the movie he did kill people like that but..his character was well....more mellow....I kind of liked that about the movie.

Well...I wanted to go on a long walk with Yogita buuuuut I think I can cancel those plans...it just started to rain, and it looks like it will be quite heavy!

3rd week of our working out.

Well we started working out about 3 weeks ago....I feel MUCH stronger, my energy level has increased dramatically.

Yogita is loving it as well.

Koreans will go to the doctor for the smallest problem. If they have a cold, or a slight fever, or even a cough that they know is being cause by an allergy, they will still pay their doctor a visit.

They do not understand it when I tell them that in America if I had a stomach virus I would be treated at home by my mother first. I have NEVER gone to hospital for anything serious.....I would go for strept throat....and regular doctors check-ups but...that is about it.

I set up a router at my friends house. He has two pcs that he would like to have share the same vdsl internet connection that they have.

Here in Korea we have some of the fastest internet services! I typically get download speeds of around 600-800k! 1MB/sec is just around the corner!!!!

Ugh Omorro I have to talk to you...about your music that you sent to us.....sorry I did not give you my feedback sooner, we kept missing each other on MSN.....

End of the weekend! 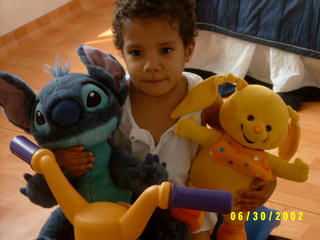 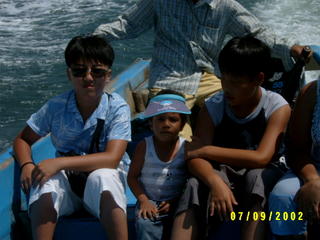 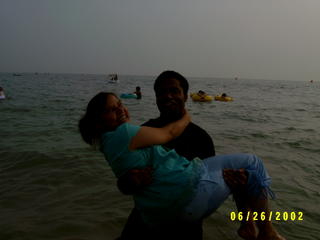 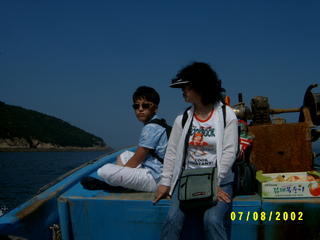 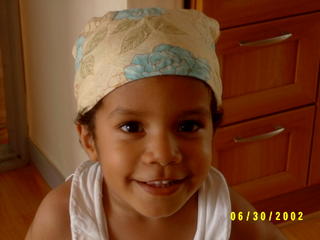 This weekend was very relaxing and refreshing....i am going to post some new pics.
Posted by Jeyo at 5:41 PM No comments:

It has been awhile.

Another week is over. It has been pretty nice over all. It looks like my schedule will change for a bit which will allow me more free time.

You know it is really interesting to read the blogs of other people who are living and working in Korea (English teachers that is). The experiences are quite similar.

I personally feel that Seoul is basically a massive group of huge apartment cities with populations of 10-20,000 people. These "cities" have everything the residents would need. For example many small food markets, bakeries, fried chicken shops (Koreans love fried chicken you can see these little shops EVERYWHERE!). Also they will have entertainment singing rooms (no-rae-bang) Like a Karyokye bar with small rooms where groups of people can sing their favorite songs, pc rooms, video rooms, coffee shops, and so on. I mean these places are SOOOO alike. The major difference I would say is in the areas where a University is nearby. Then you will find a plethora of drinking places, "love motels", singing rooms, and pc rooms.

I lived in Seoul for about 1.5 years....it was fun. We would pick a subway station then venture out there. We would explore. Yogita would look at people, animals, pictures, advertisments, clothing, food, everything caught her eye. I on the other hand would be keeping an eye out for mopeds (which people drive on the sidewalk), traffic (traffic here is horrendous, Korea has some of the highest rates of traffic fatalities in the world. Not to meantion pedestrian deaths due to cars.....), I also keep a sharp eye out for our distination while listening to Yogita's commentary on everything visually stimulating. Actually I love to listen to her at those times.
Hearing she talk about the things she sees gives me an insight into how she sees the world. Well...ok lets not get off track.


basically there are many similarities here in Korea. Why do we stay? It just feels like home. Sure there are pros, and cons to living in Korea, but then again I do not care where you live....those pros, and cons follow you.

I listened to a fellow teacher vent today. It surprises me when I see people who come over full of confidence, shoot themselves in the foot by not looking on the bright side. I tend to focus on the postive. When the negative comes along I deal with it and keep going. Many people here just do not do that...I mean foriegners, English teachers. They should get the most out of being here, and realize that it is not the same as where they came from. If traffic is very dangerous think twice about using a bike, or rollerblading on city streets.

I mean..there is alot to see here, even though as I meantioned above there are many similaries. You see a place has a different "feel". While a street in Seoul at first glance looks like any other street, you will quickly realize that the atmosphere is different....

Just look at the pictures we post...perhaps you can get a good feel into how different a place is....

Ok I my rant is over for now. I will post again with some pictures tomorrow. I am using a new web browser.....it seems that uploading pictures is almost impossible!